skip to main | skip to sidebar

Around the film-making in 5 days! Part 1

Kumbara night frog had just made headline news during May 2014 and a few weeks back it was the turn of Dancing Frogs to catch the attention of the whole world. I had put videos of both these frogs and their breeding behaviour shot at Kathalekan forest on my web page. But I felt that the video quality and narration could have been better, despite knowing that it is really tough to make videos on frogs and more so when the frog stays more in water, dark brown to black in color and active only during night. Complementing to the scenario is that the shooting gear is a digital aim and shoot camera and source of light is nothing but the headlamps. Nevertheless, those videos provided the necessary information on Kumbara night frog and Dancing frog.

As a scientific adviser to BBC wildlife film making team, I watched them making a film on Dancing frogs. In the previous season I was with Amoghavarsha and his team at the same region on one of his project titled Finding Saxicola. They asked me to explain foot flagging behaviour of the frog in the movie. Few months earlier to this, I was with Bedi brothers filming unit and this time I was part of the film. I was asked to walk up and down, back and forth to get my field work in action. It was all fun and great learning experience just by watching what they did in the field. Hats off to their patience that they tolerated me and my inquisitive nature. In spite of this little stint with film making crew, I was feeling very restless for the fact that none of the above movies were portraying what was in my mind about frogs. All the on-field filming experience were just worsening my situation.

It was more than a co-incidence that I landed in Prof. Michael Noonan's Film-maker's workshop at Animal Behavior Society Conference in August 2014. It covered topics from script writing, exporting, distribution, shooting to hands-on editing. It was about nature and wildlife documentaries and surprisingly it was all taught in a single day. We were provided with Adobe Premier Pro demo version to edit 47 shots on Chimps. With such packed event, somehow I finished editing a small movie. However, I was totally lost in appreciating each of the topic discussed in the workshop.

Soon after my arrival in September 2014, I happened to read a message in FaceBook by Abhaya Simha, Film Director, mentioning about 'DSLR Short-film making course' to be conducted at Ninasam in January 2015. It was a great surprise and at the same time a great opportunity for me to learn film making. Without much delay, I registered for the course. I knew Abhaya Simha for his National award winning film "Gubbachigalu". Though, I have never met him earlier, we knew each other through various leads. 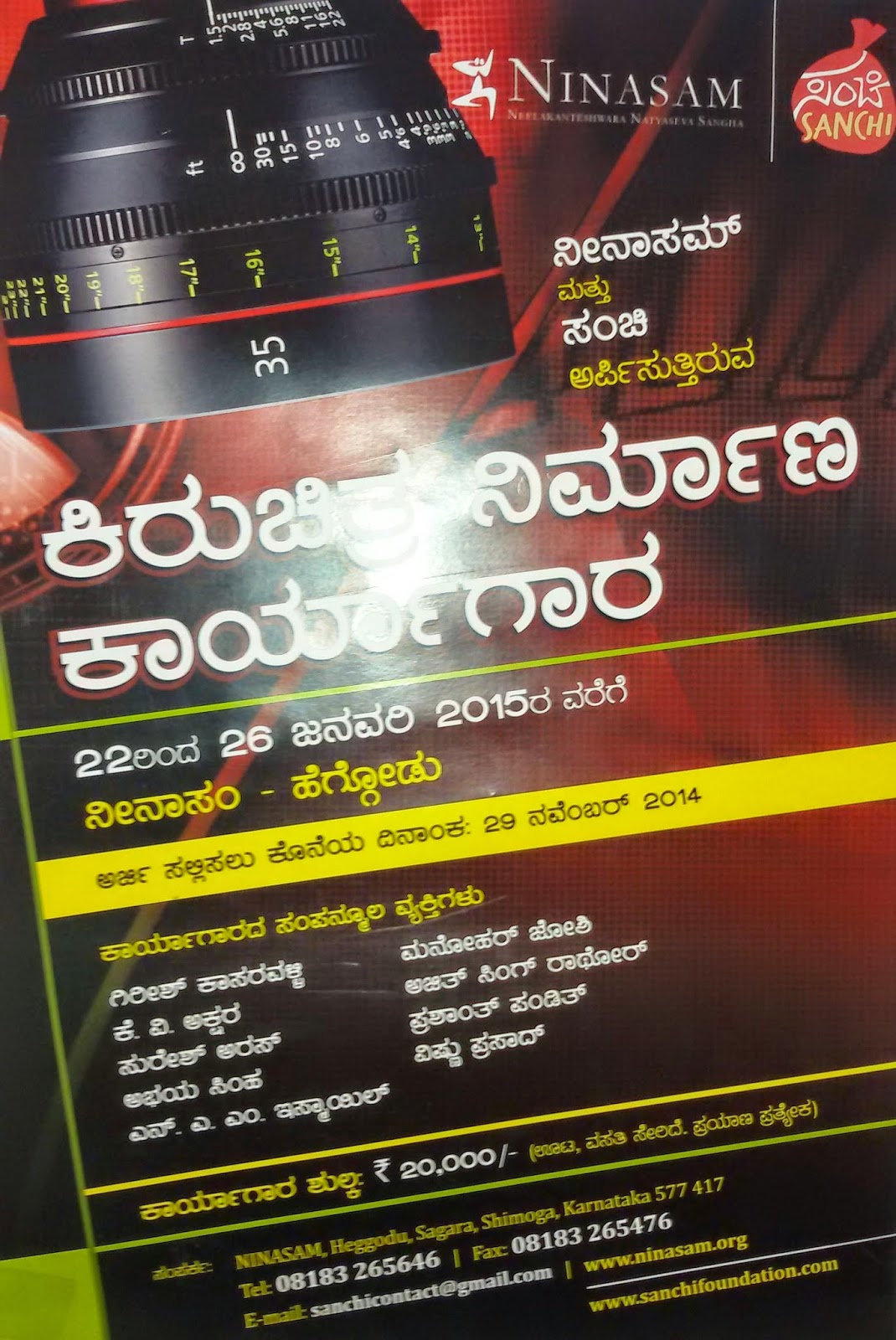 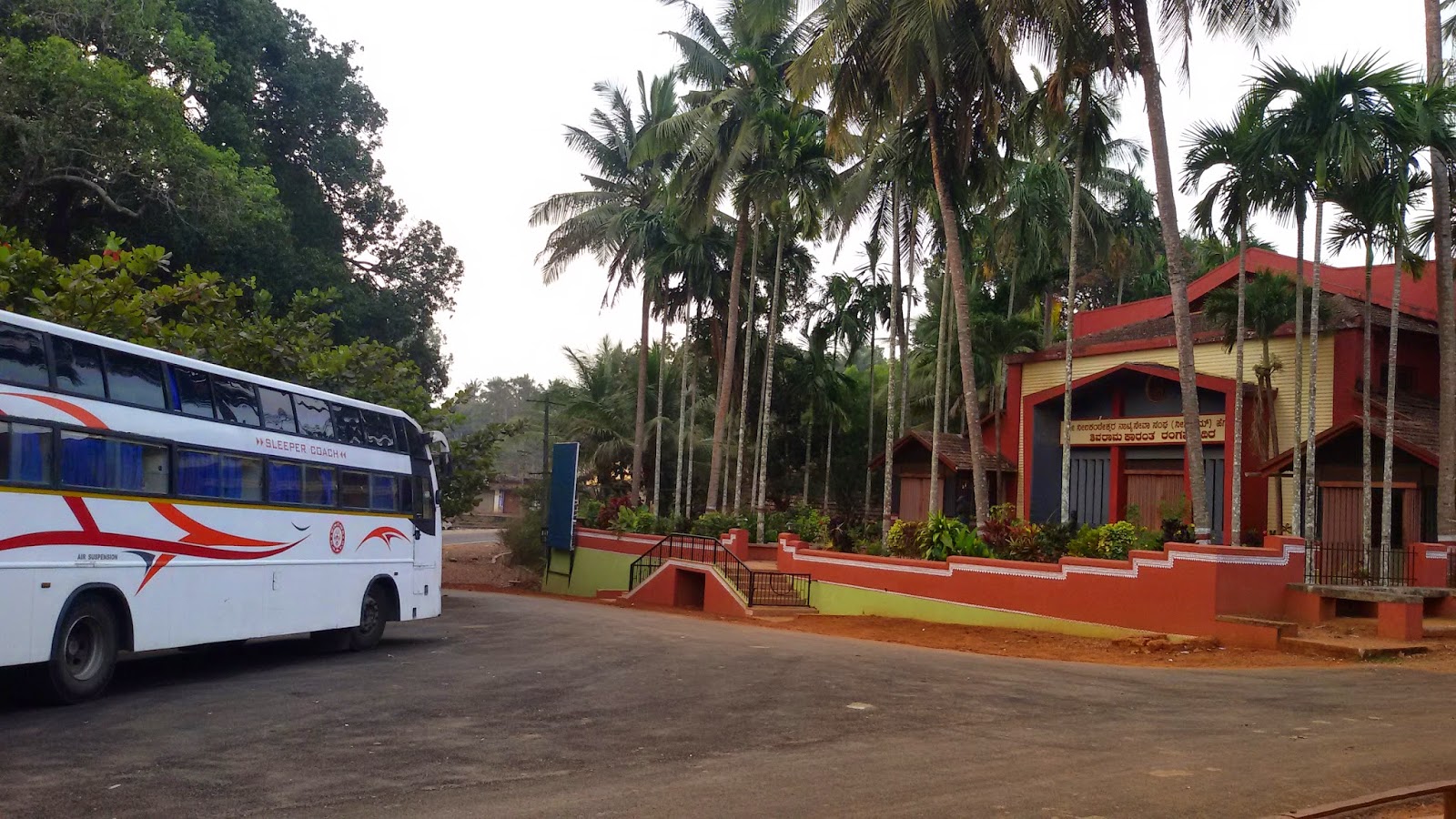 KSRTC sleeper bus dropped me at the entrance of Ninasam, Heggodu by 6:40am on 22 January 2015. Ninasam was already up with activities, few were sweeping the grounds, few practicing Kalaripayatu and few curious eyes followed me. Satisha girigitle received me with full smile, took me to the room where I was supposed to stay for next five days and explained few strict rules to be followed at Ninasam. Now I am part of the film-making course. From here on till 26th January it was a journey without any dull moment. Learning curves were steep and resting periods were short. In next couple of parts, I will try to cover the workshop lectures, how we did our own film, audience response to it and much more.